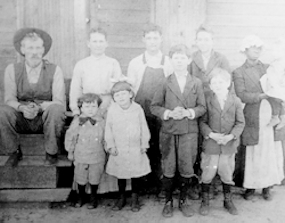 Henry Washington Poplin was born September 1862 in Anson County, North Carolina. He died on December 22, 1930 in Sumter County. Henry walked to Sumter, South Carolina in 1882 bringing with him a wealth of knowledge of the banjo and the fiddle. He met his wife Josephine Elizabeth Hodge in Sumter.

Henry is a descendant of George Poplin born about 1720. George purchased 550 acres of land in Orange County, NC in 1761 and died between 1775 and 1777. He married Averelah "Averilla" and their children were named William, John, Jane, Nancy, Gorg, Richard, Abe, Mimy, Henry, and Every. He came to North Carolina from Virginia. We think he lived in either Albemarle County or Goochland County in Virginia before moving to North Carolina around 1735.

If you have any data on a George Poplin from Virginia or Pennsylvania, please email me. 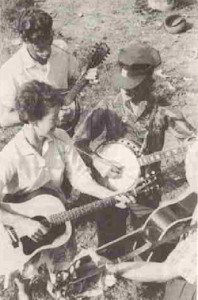